This Petty act crushed it the last time they played at The Hilltop Tavern. Opening act to start at 7:00 PM and Petty at 8:30

Always hearing how he resembles Tom Petty, and after being pushed by his peers in 2016 to start a tribute band, Dan watched the ‘Runnin’ Down a Dream” documentary. He began to strongly identify with Mr. Petty the artist, developing a deep regard for him and his work. The day we all lost Tom was a very tragic one. Dan now seeks to keep his music alive and respectfully channels him in his own personal way. Hear it for yourself! 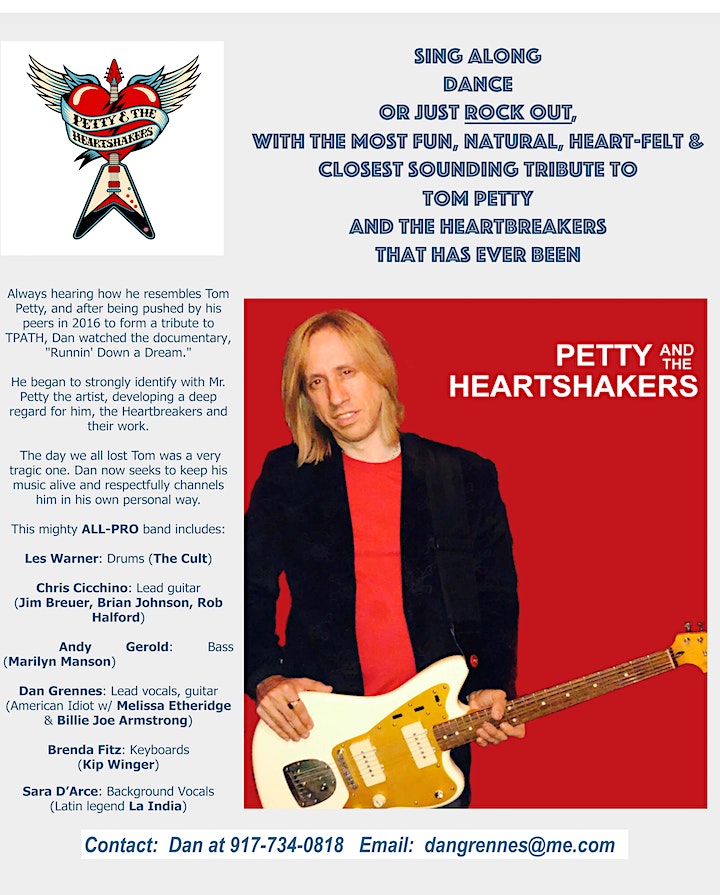