Rod Stewart’s hit “Have I Told You Lately was #1 in the Top Ten for 5 straight months. No one does love songs like Rod with With hits “I Don’t Want to Talk About It” that left the ladies crying. This Friday night the Hilltop will recreate the sounds of Rod Stewart as we present: Rock out with Hot Legs and Some Guys Have all the Luck. Bring your wife for a date she will remember. Even some southern rock “Have You Ever Seen The Rain for the guys.

Quitting his day job at the age of nineteen, Stewart (the real Rod that is) gradually overcame his shyness and nerves and became a visible enough part of the act that he was sometimes added to the billing as “Rod the Mod” Stewart, the nickname coming from his dandyish style of grooming and dress.

Growing up performing British Invasion music, it was only a matter of time before people began saying, “man, you sound just like Rod Stewart”. Then tribute acts came along and the rest is history. 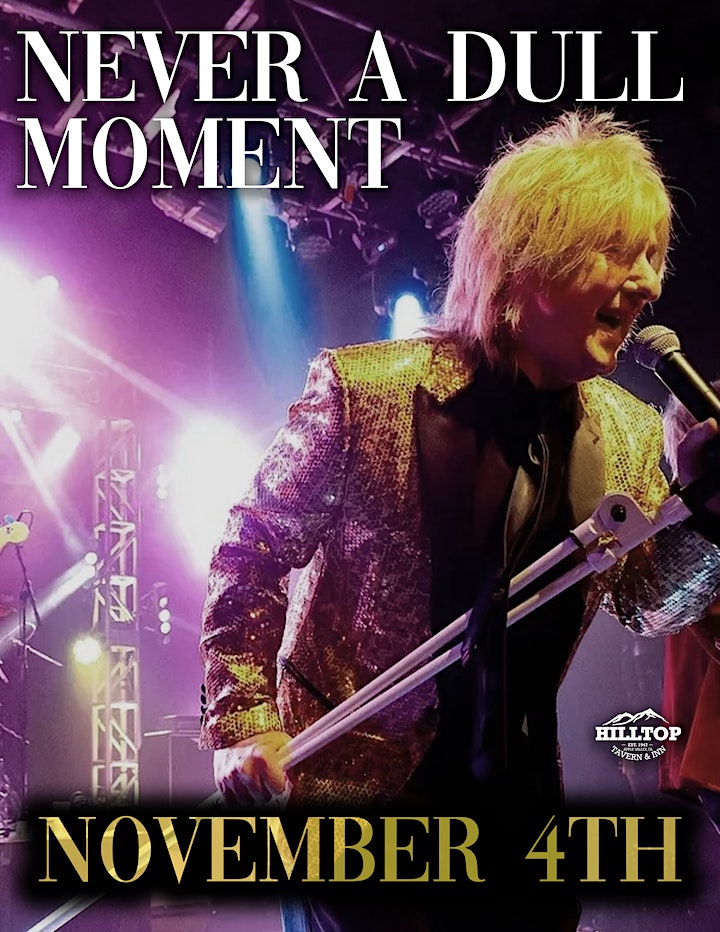